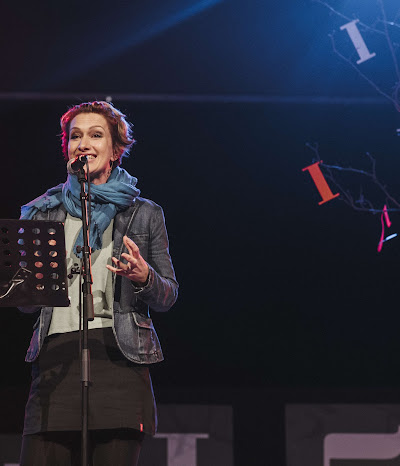 Bee Rowlatt is a writer and journalist. In Search of Mary (Alma) inspired by Mary Wollstonecraft, won the Society of Authors’ K Blundell Trust award. It's available here. The best-seller Talking About Jane Austen in Baghdad (Penguin) was dramatised by the BBC and translated into numerous languages.

Bee chaired the Mary on the Green campaign to memorialise Mary Wollstonecraft and is a founding Trustee of the human rights education charity the Wollstonecraft Society. She wrote the play An Amazon Stept Out for its launch at the Lyric Theatre, Shaftesbury Avenue. She's on the judging panel for the Stanford Dolman Travel Book of the Year. She also judged The Poetry Society young writers' challenge 2019, and is programming events for the British Library.

Bee contributed to Virago's Fifty Shades of Feminism, and clocked over two decades at BBC World Service. She speaks fluent Spanish and has a research background in Latin America. She's written for BBC Online, The Telegraph, Grazia, Die Welt, Times, Guardian and Daily Mail, and appears regularly on tv and radio.